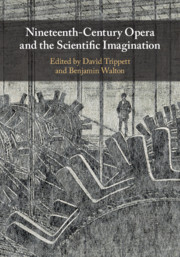 Nineteenth-Century Opera and the Scientific Imagination