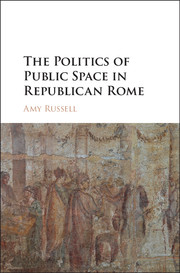 The Politics of Public Space in Republican Rome