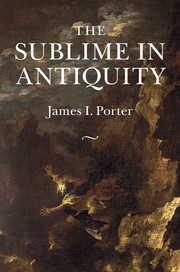 The Sublime in Antiquity