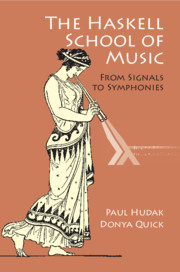 The Haskell School of Music
From Signals to Symphonies