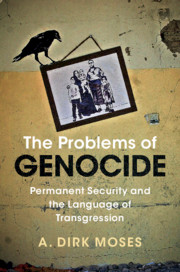 The Problems of Genocide
Permanent Security and the Language of Transgression