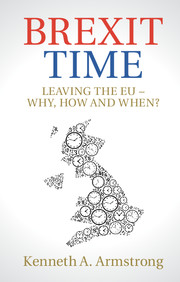 Brexit Time
Leaving the EU - Why, How and When?