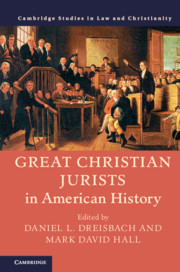 Part of Law and Christianity