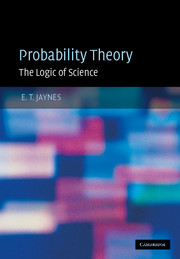 Probability Theory
The Logic of Science