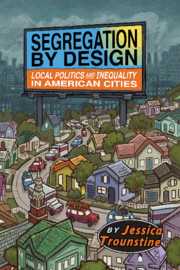 Segregation by Design
Local Politics and Inequality in American Cities