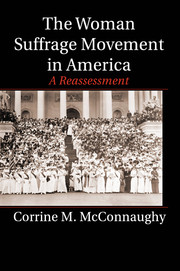 The Woman Suffrage Movement in America
A Reassessment