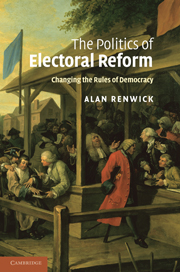 The Politics of Electoral Reform
Changing the Rules of Democracy