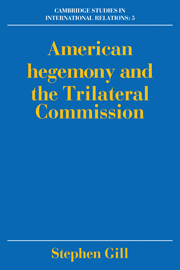 American Hegemony and the Trilateral Commission