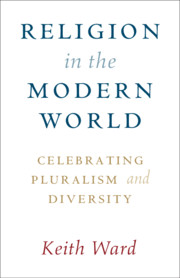 Religion in the Modern World
Celebrating Pluralism and Diversity