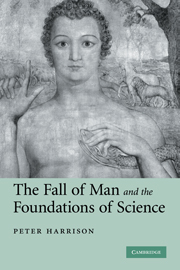 The Fall of Man and the Foundations of Science