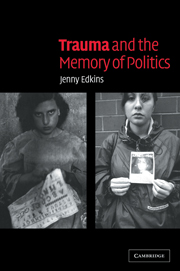 Trauma and the Memory of Politics