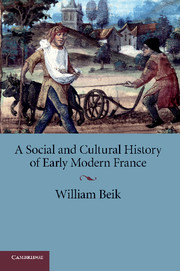 A Social and Cultural History of Early Modern France