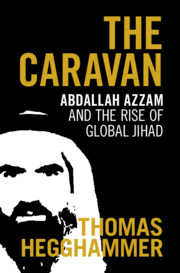 The Caravan
Abdallah Azzam and the Rise of Global Jihad