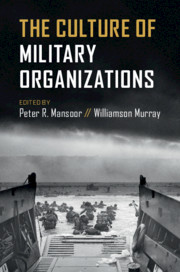 The Culture of Military Organizations