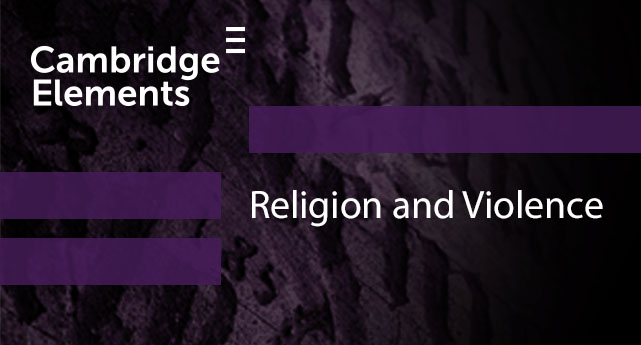 Violence motivated by religious beliefs has become all too common in the years since the 9/11 attacks.  Not surprisingly, interest in the topic of religion and violence has grown substantially since then. This Elements series on Religion and Violence addresses this new, frontier topic in a series of ca. fifty individual Elements.  Collectively, the volumes will examine a range of topics, including violence in major world religious traditions, theories of religion and violence, holy war, witch hunting, and human sacrifice, among others.

About the editor - James R. Lewis

James R. Lewis is an internationally known scholar in the field of New Religious Movements and Religion and Violence.  He is Professor of Religious Studies at the Univeristy of Tromso, Norway  and the author and editor of a number of volumes, including The Cambridge Companion to Religion and Terrorism.

About the editor - Margo Kitts

Margo Kitts received her doctoral degree in Near Eastern religions from the University of California at Berkeley simultaneously with the Graduate Theological Union. Her graduate studies focused primarily on Homer and the Hittites, but since then she has published extensively, over thirty articles, also on religion and violence.  Her books include Sanctified Violence in Homeric Society (Cambridge University Press) and several co-edited volumes, including Oxford Handbook of Religion and Violence (Oxford), Violence in the World’s Religious Traditions (Oxford), Princeton Readings in Religion and Violence (Princeton), and State, Power, and Violence (Harrassowitz).  Martyrdom, Self-Sacrifice, and Self-Immolation, a volume she is editing for Oxford, is forthcoming in 2018. She currently edits the Journal of Religion and Violence and is Professor and Coordinator of Religious Studies and East-West Classical Studies at Hawai’i Pacific University in Honolulu.

If you would like more information about this series, or are interested in writing an Element, email james.lewis@uit.no or mkitts@mpu.edu.