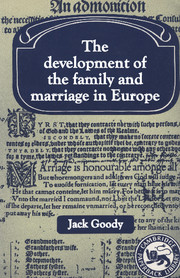 The Development of the Family and Marriage in Europe