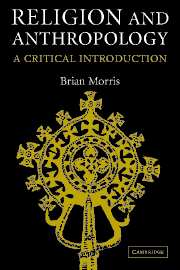 Religion and Anthropology
A Critical Introduction