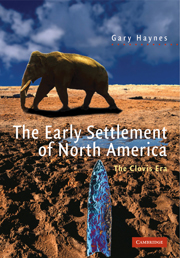 The Early Settlement of North America
The Clovis Era