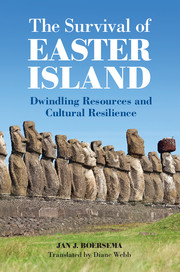 The Survival of Easter Island
Dwindling Resources and Cultural Resilience