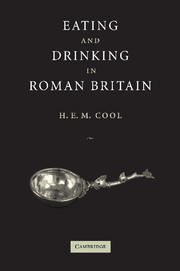 Eating and Drinking in Roman Britain