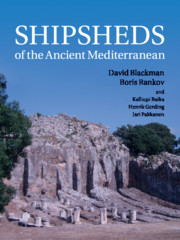 Shipsheds of the Ancient Mediterranean