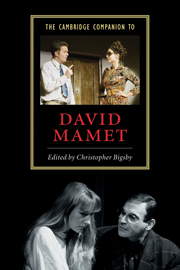 The Cambridge Companion to David Mamet