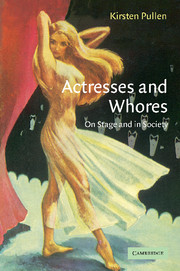 Actresses and Whores
On Stage and in Society