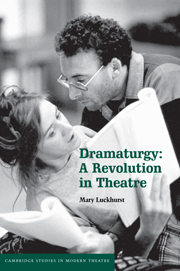 Dramaturgy
A Revolution in Theatre