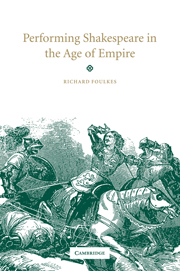 Performing Shakespeare in the Age of Empire