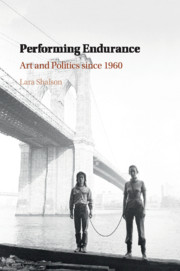 Performing Endurance
Art and Politics since 1960