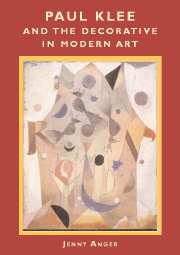 Paul Klee and the Decorative in Modern Art