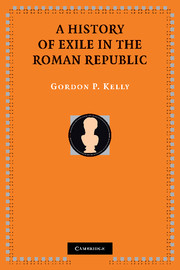 A History of Exile in the Roman Republic