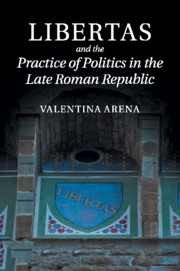 Libertas and the Practice of Politics in the Late Roman Republic