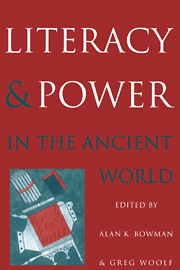 Literacy and Power in the Ancient World