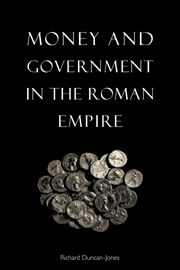 Money and Government in the Roman Empire