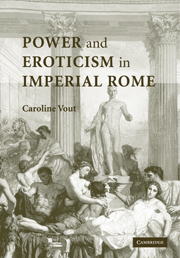 Power and Eroticism in Imperial Rome