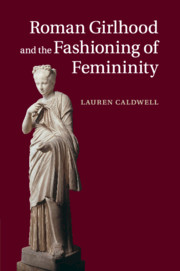 Roman Girlhood and the Fashioning of Femininity