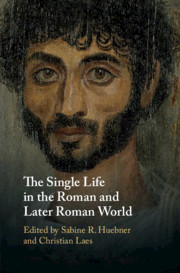 The Single Life in the Roman and Later Roman World