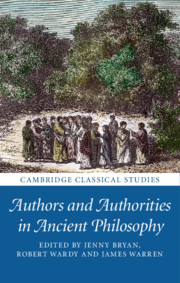 Authors and Authorities in Ancient Philosophy