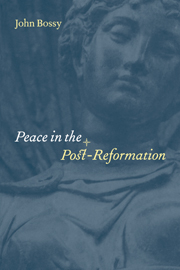 Peace in the Post-Reformation