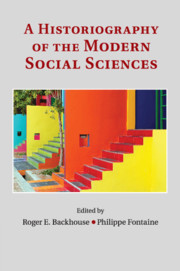 A Historiography of the Modern Social Sciences