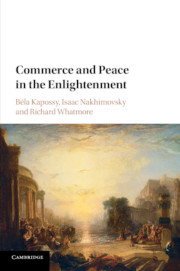 Commerce and Peace in the Enlightenment