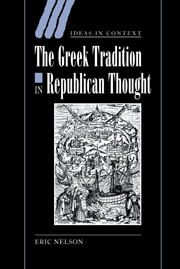 The Greek Tradition in Republican Thought