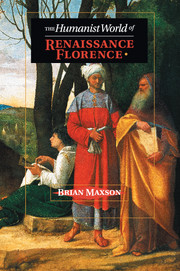 The Humanist World of Renaissance Florence