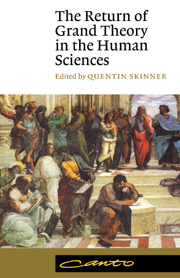 The Return of Grand Theory in the Human Sciences