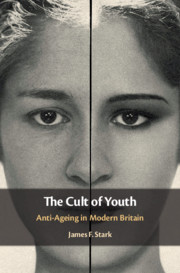 The Cult of Youth
Anti-Ageing in Modern Britain