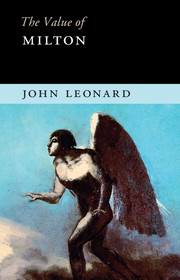 The Value of Milton

Part of The Value of