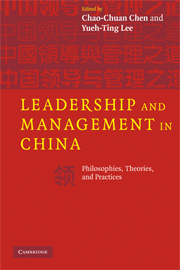 Leadership and Management in China
Philosophies, Theories, and Practices