A classroom in your garden: planting the seeds of botanical Latin in your curriculum 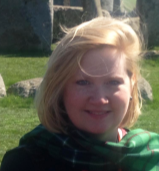 “Caecilius est in horto.” So begins a long and winding tale of friendship, bravery, intrigue, murder, and betrayal that runs from Pompeii to Egypt to Britain to Rome: The Cambridge Latin Course!

Throughout that journey the garden is a constant. We are in the garden when Lucia is quietly reading or railing against an arranged marriage to a widower; when Alexander brings birthday gifts to his brothers with disastrous results; whenever dinner is served, or when Marcia is summoned by Domitilla; when Cogidubnus is hearing Quintus’ sad tale, or when Haterius is ruminating over his wounded ‘honor;’ when Polla is saying her tearful goodbye to Helvidius, or when Paris is flitting about messing with the Praetorian guard. Yet we never really talk about it much.

Gardens were central to the Roman world. Yes, bread and circuses curried the favor of the masses, but so did the public gardens of Pompey, Sallust, and Nero. Exotic animals weren’t the only imports brought in to impress from far-flung regions of the Roman empire; exotic trees, bushes, and flowers held their own in that arena.

This past spring, when I found myself suddenly at home and unable to escape my disaster of a garden, I began thinking, while pulling up handfuls of pokeweed and broadleaf plantain, about the restorative properties of gardens and how to incorporate them into my curriculum. As a break from Wizer.me worksheets and Textivate sequences, I assigned the BBC: Monty Don Italian Gardens, Rome Episode, asking students to reflect on the video. My favorite response? “This documentary inspired me to learn more about a topic I was previously not very interested in.”  Isn’t that really what teaching is all about?

The truth is, gardening and Latin go hand-in-gardening-glove.  The obvious choices: writers like Pliny the Elder, Cato and Vergil; but why not explore Latin writers of the Middle Ages, Renaissance, and Enlightenment? Why not read a bit from the father of botanical taxonomy himself, Carolus Linnaeus, and learn to read Carolingean script in the bargain?!

Carolingean script can be daunting at first sight – I am often too lazy to wade through it – but how cool it is to read something written by hand centuries ago! And, it’s beautiful.

While scrolling the internet one morning from the comfort of my couch (with the support of my cats, Gunther and Francois), I stumbled upon this awesome resource: foundinantiquity.com – how to read an ancient manuscript.

Further scrolling (when I should have been grading or making EdPuzzle videos) brought me to the Linnaen Society and gorgeous copies of Linnaeus’ Latin texts. There you’ll find an excerpt from his introduction to Philosophia Botanica, begging fellow botanists to send him specimens. With some scaffolding, it could be made accessible for all levels – and there is a locative!

Armed with this inspiration and a plant identification App (I like PlantSnap), students can:

These are all ideas I hope to explore when school resumes, in whatever form (but definitely with pansies and mums), in the fall.

Nora Kelley has taught Latin at Washington-Liberty High School in Arlington, VA for the past 13 years using the Cambridge Latin Course. Her mission is to make Latin fun and accessible for all students, and she is an enthusiastic believer in exploring a wide-variety of approaches in the classroom, including elements of spoken Latin, active Latin, and comprehensible input and, of course!, the reading method. She holds a B.A. from Cornell and an M.A. from the University of California, Santa Barbara.

Cambridge University Press is not responsible for the content of external sites.

Teaching colors with Cambridge in mind

Celebrating Love with the Romans