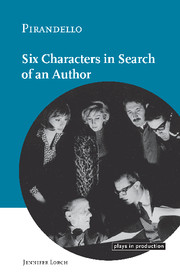 Pirandello:Six Characters in Search of an Author